If you listen to the show then you know that Nick and I are huge fans and loyal players of Star Wars: Galaxy of Heroes, which is a F2P mobile game that’s been around since 2015. We love it for the free aspect, and the daily grind it provides, so we have remained committed to playing it for years now.

Today, a new trailer was put out to announce the arrival of Jedi Knight Luke to the game, who can begin to be unlocked now thanks to an event that is taking place. I for one am I fan of this new event, but if you read the comments on the trailer above, then you’d think I’m an asshole for ever playing it.

Either way, if you’re not an angry asshole that can understand what F2P games are, you will like this game and not get mad about dumb shit. Check out the new event trailer above. 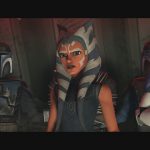 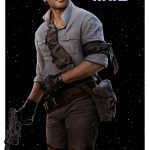