Thanks to Exclu Magazine we have confirmed an early rumor about a Gaming Greats Jango Fett Black Series figure, which is now up for pre-order at GameStop. The figure retails for $19.99.

It appears that there are minimal differences between this Jango, and the previously released Jango, and it also appears that the face sculpt hasn’t been drastically improved. Apparently the pistols have more color, and the missile on his jet pack is more pronounced. The paint seems slightly more polished as well.

I’m up in the air on this one, but if you want to pre-order head on over to GameStop now! 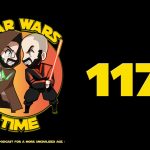