Amazon has posted details for the next Star Wars Smuggler’s Bounty Box from Funko, which will release at the end of December. The upcoming box’s theme is “Jabba’s Skiff,” and it should have 3-6 collectibles in it.

If I were a betting man, I’d say we will be getting a Pop ride in the box in the form of Jabba’s skiff. As in, the box theme will literally be the main collectible. That’s my guess, but based on the box description below, I don’t think it’s too far off. It doesn’t sound like a T-shirt will be included either, which is just fine with me considering I have Star Wars shirts, namely Funko Star Wars shirts, coming out my wazoo.

You can save 10% off on this Smuggler’s Bounty box if you’re new to the Amazon subscription program for it, so head on over to get subscribed today by clicking the graphic below.

Take a trip to a galaxy far, far away aboard the Jabba’s Skiff Star Wars Smuggler’s Bounty box. As a repulsor-based transport system, a desert skiff makes for a reliable ride as you travel from one stellar adventure to another. You never know what companions you might find aboard a desert skiff. 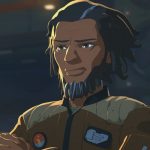 Know Your Star Wars: Who is Jarek Yeager? 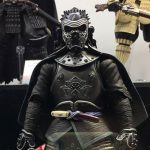