J.J. Abrams sat down with Uproxx recently and confirmed to them what many of us have heard about C-3PO’s role in The Rise of Skywalker, which is the fact that he will get the most screen time to date, and will play a key role in the story.

“He’s very center to this story and truly wonderful in it. Anthony (Daniels) gets to do some things.”

He also went on to explain that this could be Anthony Daniels’ best turn as Golden Rod to date.

“He’s wonderful in this. I don’t think he’s ever been better.”

J.J. was also asked why 3PO hasn’t been used that much in the past two movies, and he explained that it really comes down to story and how a character can best serve it. It just so happens that 3PO was needed greatly to serve the tale being told in TROS, which is why we will see him used in ways we’ve never seen the Professor used before.

“It turned out, we didn’t strategize this is the one Threepio has to be in more scenes than he’s ever been in. It just turned out that the story was best served using a character that has been underused to see a new side of him and tell the story. So it was very much a utility, but it felt inspired that you got to see a character in a whole new light.”

I’m down for whatever 3PO will be doing in this film, and based on some of the leaks, I do think he will pull off some very memorable moments, both happy and sad.

We also learned through an Empire interview with Colin Trevorrow, that bringing back Palpatine was all J.J.’s idea.

“It’s honestly something I never considered. I commend him for it. This was a tough story to unlock, and he found the key.”

Only time will tell if this story gamble pays off, but I have faith in J.J. that it will, and outside of TROS’s runtime, I haven’t had any issues with what we’ve seen so far. 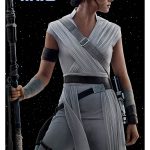