While at D23 helping to promote Star Wars: The Rise of Skywalker, the film’s Director, J.J. Abrams did an interview with MTV News. In the interview he obviously didn’t reveal anything juicy, but he did offer up some quotes that fans should be interested in.

When pressed on Kylo Ren and his ability to be redeemed, J.J. responded by describing Adam Driver’s performance, so as to not spoil any plot details. He said that Adam is, “Mind-blowing in this,” referencing his solid work on the film.

I like what he’s saying, because I think Kylo will ultimately be remembered for whatever he does in TROS. Will he redeem himself in death, or possibly in life by taking out an evil Rey? Who knows, but it sounds like Driver gave it his all, which should make Kylo’s last outing in a Skywalker movie very memorable.

Abrams also spoke on the film’s final sequence after being asked when he started thinking about it. J.J. responded, “If I had not decided on that, I’d be in real trouble, but, it was a very early on thing, and it’s less the last shot of the movie than the last sequence, but it’s something that I… hope you like.”

It sounds like the last sequence will be a doozy, so what may that entail? I’m thinking a character death or two, like legit ones, possibly the droids. I’m thinking either Rey or Kylo bites the dust too, or possibly Poe. I also think we will see some sort of otherworldly look at the Force and the state of its users when everything is all said and done.

Guess we will all find out this December! 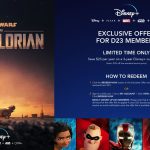 Watch ‘The Madalorian’ on the Cheap With Disney’s Buy 2, Get 1 Year Free Disney+ Pre-order Deal 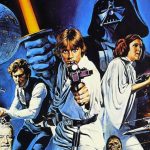 Star Wars: A New Hope Gets a 5-Minute Cut