It appears we now know the full runtime of Star Wars: The Rise of Skywalker, and the reveal comes from a reliable source. Don Williams, the younger brother of Star Wars composer John Williams, revealed that his older bro has been tasked with 135 minutes of music to score for final Skywalker Saga film.

“[John Williams’] started up with another Star Wars,” percussionist said during a score study hosted by the Academy of Scoring Arts (below). “We started our last week. He’s got a 135 minutes worth of music to write. Okay, so that kind of tells you how long the film is. It is top to bottom music. We’ve done four days. We just scratched the surface. I think we’ve got something like 34 minutes in the can at this point.”

Alright, so I definitely have an issue with the runtime, which comes in nearly 20-minutes less than The Last Jedi. Considering this is the final Skywalker film, and that it’s supposed to wrap three trilogies at once, I have a hard time believing it can be done with substance in just over two hours of narrative. I was hoping for a Endgame-like runtime, or at least the same length as TLJ, which would have given more time to the story’s beats. This just feels too slim, and I fear certain plot developments will be glossed over or cut to accommodate the shorter runtime.

Hopefully this isn’t the case and that the film will be longer, but I’d say Don is pretty reliable, so I fear we are getting a slimmed out version of TROS. What a bummer! I still feel it’ll be great, but at this length it sounds like there won’t be enough time to weave some worthwhile lore.

Don did mention that the score will incorporate themes from every Star Wars movie, so there’s no doubt the music will be fantastic, I was just hoping for a much lengthier final film in the saga of the Skywalkers. 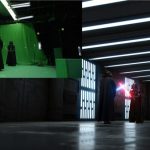