Game of Thrones veteran Indira Varma has joined the cast of the upcoming Kenobi series on Disney+.

This was reported today by Deadline, but there are no other details associated with the casting, as with anything else related to character details or plot. The only pieces of information we have about Kenobi is that it will mark the return of Hayden Christensen as Anakin Skywalker/Darth Vader, and it will take place between Revenge of the Sith and A New Hope.

The Kenobi series is set to start filming soon. We had heard in previously that filming was supposed to begin in March, but given the normal delays associated with post-Covid Hollywood, we could see a delay. 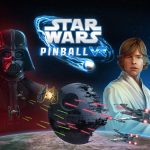