On yesterday’s livestream of the SWTS, we discussed a batch of rumors for the Kenobi series and amongst them was the promise that a few Star Wars Rebels characters would be appearing in the show, in addition to a rumored Inquisitor from the series.

We speculated on a few potential candidates, which included Hera, Chopper, and Kanan from the good team, but we also highlighted a potential Imperial agent that could fit into the Kenobi series, and that Imperial was Agent Kallus. Based on the leakers of the world, this speculation may have been spot on, because according to LRMOnline, Kallus will be in Kenobi.

Again, take their word with a grain of salt, but curiously, another leaker, the one who broke many of the Kenobi rumors last week, seemed to confirm LRM’s report with a tweet of Rupert Friend. While the tweet was caption-less, Friend is in Kenobi, so it seems too coincidental that Maison would post a picture of him after LRM dropped their rumored leak.

While I don’t trust leakers all that much (mostly out of jealousy), I do see some stars aligning for Kallus to be in Kenobi, and Rupert could definitely pull of the look if he is indeed playing the Rebels alum.

Nick and I will talk more about this rumor in next week’s episode of the SWTS, so don’t forget to tune into the Star Wars Time Show on a weekly basis via our podcast platforms or via YouTube if you prefer the livestream angle. 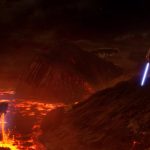 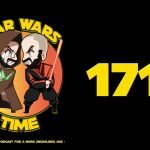