ILM has posted a fantastic behind the scenes video for the work the studio did on The Mandalorian Season 2, and it is will worth a watch if you love the show and also appreciate the art of filmmaking.

The video mostly details how the Volume technology has been improved upon for the show’s second season, but you get plenty of behind the scenes looks and tales provided by the show’s creators and crew. It really is impressive to see how they brought the second season to life, and how much of it was shot on a soundstage using the larger Volume build.

A behind the scenes look at the groundbreaking virtual production technology used on The Mandalorian, season two. For the second season of Lucasfilm’s hit Disney+ series, The Mandalorian, Industrial Light & Magic reengineered their StageCraft virtual production platform rolling out version 2.0 in which ILM introduced among other things, Helios, Industrial Light & Magic’s first cinematic render engine designed for real-time visual effects.

Engineered from the ground up with film and television production in mind, Helios offers incredible performance, high fidelity real-time ray tracing, the ability to rip through scenes of unparalleled complexity, all while leveraging ILM’s unrivaled color science, and was designed from the start to work seamlessly with ILM StageCraft. The purpose-built, production-hardened platform allows filmmakers to explore new ideas, communicate concepts, and execute shots in a collaborative and flexible production environment. 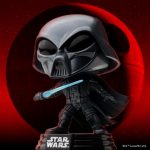 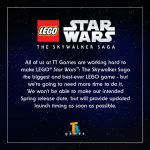