Last week we learned that Star Wars movies would be taking a three year hiatus after Star Wars: The Rise of Skywalker, which greatly upset me, just listen to the latest episode of the Star Wars Time Show, but we didn’t know who would be behind the first movie set to release in 2022. Now, thanks to Bob Iger and an investor call, we know who is behind the next three Star Wars films that will begin in 2022, and roll out every other year until 2026.

The Star Wars 2022 movie will be from the Game of Thrones duo David Benioff and D.B. Weiss! It’s not clear if they’ll be doing a trilogy of films, or three standalone films, but they will be the first out of the gate after the three year Star Wars movie hiatus.

Iger didn’t divulge many details about what the GoT team will be working on, but he did hint that Star Wars fans will be getting content to pass the time via Disney+, and hinted that a third live action series would hit the network before 2022. 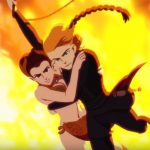 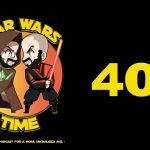