There may be a bit of smoke behind a rumor that Iden Versio actress, Janina Gavankar, will reprise her character in live-action form sometime during The Mandalorian Season 2, because she made a cheeky reply to a fan asking her about a suspect image.

She replied to a fan on Twitter that we’d all have to ask Dave Filoni, so she didn’t shoot it down completely, but definitely left the doors of speculation wide open. I for one would be all for it, and clearly the timeline works perfectly for her character Iden, but the post that caused this rumor to be spoken into the ether is about as suspect as it gets.

Apparently these graphics come for the Star Wars Zone on Facebook, but if you really process all of the characters they’re proposing to be in Mando, shit just starts to get too fan fiction-ish. Now I’ll never doubt that Jon and Dave would use some of these characters for the show over time, but I think it’s insane to think that all of these wildly popular classic trilogy and animated series characters would make it into next season.

We’re talking characters from Battlefront II, Star Wars Rebels, The Clone Wars, and of course some classics like Dengar and Bossk. It just seems way too good to be true, even for a show that’s clearly down with some fan service and nods to Star Wars past.

I’m sure we will have more on this during our next recording, so make sure to be subscribed to the Star Wars Time Show on the platform of your choice. 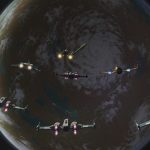 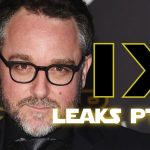