One of our top Star Wars moments from 2018 was the Obi-Wan Kenobi versus Darth Maul duel from the final season of Star Wars Rebels. It was and still is an iconic Star Wars moment, and it provided a satisfactory end to Darth Maul’s twisty-turvy tale. It also showed us a bit of what Old Ben was up to in the Tatooine desert, so it truly was a very special treat for Star Wars fans.

Well thanks to the Internet, we can now watch this scene play out in Star Wars Battlefront II. The Cinematic Captures YouTube channel is responsible for this remake, which was created in Arcade using Battlefront II game assets. The original audio from Star Wars Rebels was also used, which gives the remake even more authenticity. The only thing that isn’t perfect are the characters themselves, and that’s because they can only appear as they do in the game, but it’s a minor inconsistency if anything.

The project is most impressive, so give it a watch and sub to the CC channel if you like what you see. 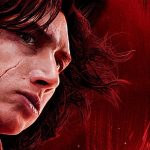 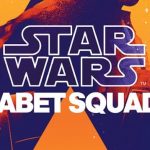