Disney has put out two new Star Wars Resistance shorts, and they both feature Hype Fazon, who is the Greedo-looking Ace from the animated series.

In the first short, Hype takes his droid in for some repairs, while in the second, he actually races.

Head on down below to check them out.

Star Wars Resistance, a new animated adventure series set before the events of “The Force Awakens,” follows Kazuda Xiono (“Kaz”), a young pilot recruited by the Resistance’s Poe Dameron and BB-8 and tasked with a top-secret mission to spy on the growing threat of the First Order. 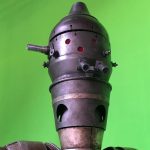 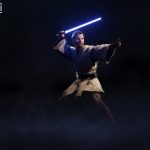