It’s a great, but potentially costly day for Star Wars fans who collect 1/6 scale Hot Toys figures thanks to the reveal of a The Clone Wars Season 7 Ahsoka Tano figure, and a 501st Clone Trooper, complete with a legit Deluxe offering.

I must say the Ahsoka figure is a pure gem. It’s clearly based on her more mature Season 7 appearance, in particular her “Siege of Mandalore” gear. She of course has a live action sculpt versus her animated one, and fans should be able to imagine what a real life Ahsoka would look like based on it.

She comes with her blades, poseable head-tails, her cloak, seamless joints, hands, Jedi holograms, and a thermal detonator. At this time no price or release date has been offered, but she’ll probably clock in around the $240-$265 range.

Some fans may notice Maul in these shots, so there’s a great chance we will get his reveal next, but nothing officially has been released yet.

If you want to check out more images, head over to Exclu Magazine!

If the Ahsoka reveal wasn’t enough for your 1/6 scale collecting needs, then you’ll be happy to learn that a 501st Clone Trooper is headed your way and he also has a killer deluxe version that actually warrants being called “deluxe”. The deluxe version will net you the following accessories: Rotary Canon, Clone Backpack, Phase 01 Clone Helmet and the ‘Ahsoka’ Clone Unit Helmet. This figure will also come with a jetpack, three weapons, thermal detonators and inter-changeable hands.

Like Ahsoka, we don’t know pricing and a release date yet for this pimp, so stay tuned! You can check out more images over at Exclu! 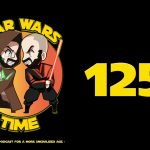 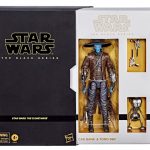 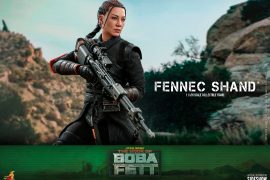