It seems Hot Toys isn’t done with the first season of The Mandalorian yet, because today they’ve revealed yet another new 1/6th scale figure from a character featured in the show. The Mando wave could be the largest wave of figures for a single show that I’ve ever seen at this scale, so clearly the series is more popular than other recent Star Wars projects, or pop culture projects in general.

The new figure is of the Death Watch Mandalorian that saved Din from the Seps at the end of the his flashbacks that were featured in Season One. I mean he looks great as all Hot Toy figures do, but I’m either starting to feel the burn of buying every Mando Hot Toy figure they’ve featured so far, or I own too many Hot Toys Boba Fett figures, because I’m not feeling a strong pull from the collectibles Force to pre-order this figure.

That could, and more than likely will change, but I feel like it looks like a blue painted Fett figure with a different colored jumpsuit. Head on down below to see if he moves you or not. He should release towards the end of 2021, or early in 2022.

This dude should be up on Sideshow by the end of the week for under $250. 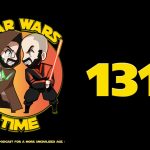 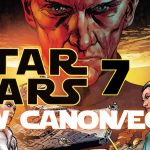