As the title says, here is an image from the Andor set courtesy of the SW leaks subreddit.

As with most TV series leaks now, people wanted to confirm whether this was a Kenobi or an Andor leak, and the giveaway with this one was the signature white Imperial uniforms that were only ever seen in Rogue One. This is pretty telling that we are looking at an Andor shot.

Other than that it is pretty flat in terms of the content shown. Either way, is is nice to know Andor is still actively filming and in the works. 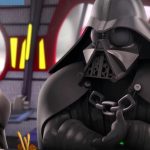 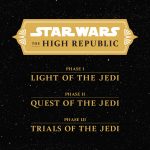