Prepare for a boatload of new information on Disney’s new Star Wars: Galaxy’s Edge theme park, because the Mouse just pulled back all sorts of covers on this massive project.

In fact, StarWars.com has provided 27 key points of information about the park that should help you process exactly what this new Mecca for Star Wars fans will be when it opens this Summer in California, and then this fall in Florida. I went ahead and summarized the list below, but I think like me you’ll find some awesome information about this park that will only bolster your desire to spend thousands of dollars to experience all that it has to offer.

Fans will literally be able to fly the Falcon. Not in the air silly, but when on the ride it will be a fully interactive experience. You will be in charge of flying the ship and avoiding TIE attacks and other space debris, and if you miss a maneuver, your Falcon will pay. This sounds like a freaking blast!

Fans will face off with the First Order and Kylo. Thanks to the Star Wars: Rise of the Resistance attraction you will be captured by the First Order and will be taken on a journey that will present you with the likes of Kylo himself as you try to help the Resistance escape his clutches. Best of all, you’ll also encounter Rey, Finn, Poe, and BB-8 and the actors behind them all filmed special sequences for this adventure. I believe it’ll be a damn near 25-minute ride too, so sign me up.

Galaxy’s Edge’s timeline is set within the new trilogy. The stories that fans will encounter at the park will be set in the middle of the new trilogy, so they’ll be probably be from the period in between Episodes VIII and IX. Although, it was explained that the park was designed to be future proof, so it sounds like most of it can be swapped out to accommodate future stories, or even past ones.

Galaxy’s Edge is the largest themed park in Disney’s history. It also was designed to allow us Star Wars fans to live out our fantasies from a galaxy that is far, far away. There will be specially themed places to eat that serve blue and green milk, as well as other delicacies from the Star Wars galaxy. There’s even a clothing store that will allow you to dress like characters from the franchise.

Your phone will play a key role in the experience. When you enter the park the Play Disney Parks App switches automatically to Star Wars mode and will allow you to interact with the park and exhibits unlike ever before.

The Black Spire Outpost and the spires could be special. It sounds like the spires you’ll see will have a bit of lore to them that may be revealed in Galaxy’s Edge materials, or the films.

Hondu Ohnaka will be an animatronic. The shady Weequay pirate and fan favorite from Star Wars: The Clone Wars and Star Wars Rebels is now one of Disney Parks’ most complex Audio-Animatronics figures; at Black Spire Outpost.

Rex from Star Tours is now a DJ in one of the Cantinas.

There will be Easter eggs galore!

Disney employees will dress as native Batuuans and walk amongst park goers to really hammer home the authentic experience.

If you want to read the full list and see some imagery, head on over to StarWars.com. 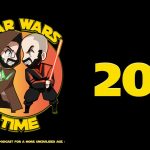 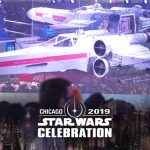