GamesRadar continues to highlight Total Film’s Obi-Wan Kenobi issue with excerpts from its interviews with the cast and crew.

Maul Was Never in Kenobi

In addition to the Ewan piece, Deborah Chow also talked with Total Film and completely dismissed the Maul in Kenobi rumors:

“As long as I’ve been involved, we’ve never had Darth Maul in any of it. Dave [Filoni] did a beautiful job of telling that story already.

For anybody trying to tell a story in the middle of these two trilogies, there were only certain elements that made sense in where [Obi-Wan] is.

With a lot of the legacy aspects, the decision to bring Vader into it was not made lightly. We’re 10 years after Revenge Of The Sith. Where is Obi-Wan’s starting place? What has been important to him in his life? Anakin and Vader are a huge and very profound part of his life. We ended up feeling that he made sense in telling this story. And Vader casts such a dark shadow in this, that to have Maul as well, it might be a little bit much.”

She is one thousand percent right by the way, but I’m glad she laid this down for those who may have thought having two mega big bads in Kenobi was a good narrative idea.

More Vader on the Horizon?

While Deborah’s reveal isn’t all that surprising, at least to those paying attention, Hayden Christensen did offer up a quote that may very well imply that he isn’t done playing Darth Vader just yet:

“When George [Lucas] had brought me onto the prequels, it was to play Anakin.

He gets knighted as Darth Vader towards the end, and for a couple of scenes I get to put the suit on. But my journey with the character was with Anakin Skywalker. But the character? He’s such a complex character. And now, getting to explore the mindset and the emotional state of Darth Vader, has been a lot of fun.”

When asked about who will be voicing Vader, and if the rumors about Hayden being in the Ahsoka series were true, Hayden didn’t give in, but he did imply that he’s probably not done yet with the character of Vader:

“The extent of this journey, I think, remains to be seen, but what a privilege to get to come back and do this, and to be a part of this project.”

For being out of the Hollywood spotlight for so long, he sure is an expert at giving nothing, while also giving fans plenty to speculate on. Here’s to hoping we do see more Hayden Vader, and that he gets his own damn series just like that guy who persuaded him to go on those damn-fooled idealistic crusades.

Nick and I will talk more about Hayden’s interview on this week’s episode of the SWTS, so don’t forget to tune into the Star Wars Time Show on a weekly basis via our podcast platforms or via YouTube if you prefer the livestream angle. 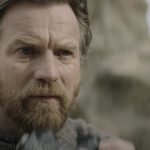