EW has released another snippet of its interview with Hayden Christensen on his work in Obi-Wan Kenobi as Darth Vader. While the actor didn’t give up any juicy plot points, he did offer up some insights into what it felt like to don Vader’s armor again and resume his role as Anakin Skywalker after a 17 year hiatus.

Feel free to read the full article for yourself over on EW’s site, but below are the quotes from Hayden.

Hayden on putting the iconic suit back on:

“Well, without getting into too much detail, it was amazing. It’s a great honor to get to put that suit on.”

He also discussed how playing Vader during this timeline felt natural to him and for the character:

“It was mostly a lot of excitement because I had spent enough time with this character and felt like I knew him, and coming back to it felt very natural in a lot of ways. And I was just really excited to get to come in and play Darth Vader at this point in the timeline because it did feel like a natural continuation of your journey with the character. And that was very meaningful for me.”

Hayden also opened up on what it was like to be back in Star Wars after 17 years:

“The whole experience was very surreal. Just the nature of coming back after all this time. It’s such a unique opportunity — one that both Ewan and I were very grateful for. One of the things I loved so much about working on Star Wars projects is just that shared excitement. That everyone’s real excited to be there. You feel that energy, and that’s a really special thing.”

Unfortunately, Hayden is a pro when it comes to keeping Star Wars secrets, so he didn’t let loose any juicy details, but he did close with this memory:

“I don’t know what I can share in terms of behind-the-scenes type stuff because I don’t think they want me saying too much. But I can tell you the first time that I saw Ewan as Obi-Wan again, that was a very special moment for me and one that I’ll remember for a very, very long time.”

It’s great to be hearing from Hayden again, so hopefully fans will get to see more and more of him as the Kenobi marketing machine ramps up towards the show’s May 25th release.

Nick and I will talk more about Hayden’s interview in next week’s episode of the SWTS, so don’t forget to tune into the Star Wars Time Show on a weekly basis via our podcast platforms or via YouTube if you prefer the livestream angle. 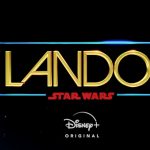 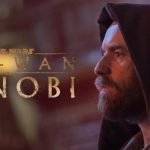