In the latest EW article covering the cast of the Obi-Wan Kenobi series for Disney+, both Hayden Christensen and Ewan McGregor talk about their prep for their return to Star Wars, and while they each rewatched the core Skywalker Saga films while studying, Christensen went the extra step by binging the animated The Clone Wars and Star Wars Rebels shows.

First, let’s delve into Ewan’s prep, which included the nine Skywalker Saga films, so he skipped Rogue One and Solo. It’s also interesting to note that this is the first time he’s watched the Prequels since he had a hand in creating them.

Ewan on his film study:

“I watched them from start to finish, all nine movies. Just to get back in that world.”

His quote on rewatching the Prequels is poignant, because it highlights how much the criticism of those movies affected him at the time. It sounds like he couldn’t even bring himself to watch those films thanks to the vocal backlash from both fans and critics alike. Time has helped healed these wounds for all, but it’s good to hear that Ewan is able to enjoy his work on the Prequels now that they’ve become favorites for those who grew up watching them.

While Ewan put in some work re-watching Star Wars projects, Hayden went all in, which should have only helped him with his return to the character of Anakin Skywalker/Darth Vader. According to Hayden, he not only watched every movie, but he also finally watched The Clone Wars and Star Wars Rebels.

Fans of both of these series probably have an idea of how epic this reveal is, because The Clone Wars is considered (at least by myself) as the definitive portrayal of Anakin prior to his fall, at least in terms of showing how he could have made that choice and it feeling earned. Rebels on the other hand is a fantastic look at the result of Anakin’s choices for his former friends and the galaxy itself, so it too could give Hayden ideas on how to bring Vader to life in Kenobi.

Hayden explained how the animated series helped him with getting back into the world and the character:

“It was interesting. They did a lot with these characters in those shows. And they did further explore the relationship. There was interesting stuff there to learn about. It was great fun getting to go back and re-immerse yourself in this world that just continues to grow and become more and more vast.”

He brings up a great point about The Clone Wars in particular, and how much deeper that series took his bond with Obi-Wan, but also with Padme, Ahsoka, the Jedi Order, and even Palpatine himself.

Personally, this revelation is exciting, because it shows how dedicated Hayden is to Star Wars still and his characters, but more importantly, his study of these shows should have a direct impact on how he chose to bring them both back to life in Kenobi. It’ll be interesting to see if he uses The Clone Wars’ depiction of Anakin and Obi-Wan’s relationship in any of the rumored flashback scenes that have been teased for Obi-Wan Kenobi.

Fans will soon find out as Obi-Wan Kenobi is set for a two-episode premiere on May 27!

I will talk more about this interview on today’s episode of the SWTS, so don’t forget to tune into the Star Wars Time Show on a weekly basis via our podcast platforms or via YouTube if you prefer the livestream angle. 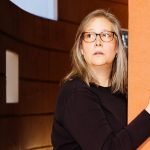