Target had all six of the retro figures up for pre-order at $9.99 a piece, but they’ve already sold out. The figures are supposed to hit retail on May 12, so hopefully that means we will be able to get our hands on them in stores. I know I won’t, because my local Targets suck for Star Wars figures in general, so hopefully I can tap into the toy community for a few assists.

I’ve already missed out on the pre-order for the Death Star Luke Black Series figure, which is a Target exclusive, so hopefully he’ll show in store too. The pain and FOMO is real my friends, you collectors feel me. 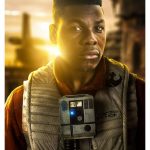