The Star Wars proper comic book series from Marvel is shaping up to be a great read in 2020 if you’re keen on learning about what the heroes were up to in between The Empire Strikes Back, and Return of the Jedi. Issue #3 dropped yesterday, and it didn’t disappoint thanks to a few new additions to canon that are interesting, plus one that is quite shocking.

Head on down below to find out what new canon moments are of note from this cliffhanger ending issue.

Thanks to the latest issue of the main Star Wars comic from Marvel, we now know a bit more about what Luke, Leia, Lando, the droids, and Chewie were up to after the events of The Empire Strikes Back, and they definitely weren’t just sitting around feeling all depressed about their losses.

In fact, thanks to Leia, they were quite aggressive with their actions post the events of ESB, so issue 3 takes her, Lando, Luke, and R2 back to Cloud City, where each character has a mission to accomplish.

Luke wants to find his lightsaber, which Lando believes wouldn’t have been lost, but his quest doesn’t quite pan out yet thanks to a pile of debris he must sift through, so that thread is left open.

Lando on the other hand wants to save his buddy Lobot, but he finds him connected to Cloud City’s central computer thanks to the Empire’s takeover of the platform. Thanks to this though, he’s able to cause some hell for the Imperials, which should lead to the Rebel’s ability to escape.

Now Leia’s mission is the most interesting to me, because it adds a new wrinkle to canon that fans of hers may appreciate.

You see, Leia’s mission, was to learn more about the carbon freezing process, and how to thaw out someone, or something that has been frozen in carbonite.

She heads back to the carbon freezing chamber to do so, but just as she learns how to thaw a unit out, Stormtroopers find her and capture her with a stun blast that actually hit its mark.

While learning that Leia wanted to go back to Cloud City to learn how to save Han was awesome, the cliffhanger of this issue is what really takes the cake.

The reason being the fact that Leia herself gets frozen in Carbonite, just like her beaux Han Solo!

Apparently, thanks to Vader, the Empire now uses carbon freezing to transport prisoners, so Leia is frozen and headed to an ISB station to be interrogated.

I just found this new addition to the canon to be really fun, and it only helped to showcase just how much the princess had fallen for Han at this point in their story.

It’s also interesting to learn that Han wasn’t the only iconic character from the OT to get Frozen, and now that Leia has herself, her knowledge of what it feels like to be thawed from Return of the Jedi now comes from firsthand experience. 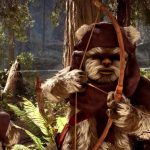 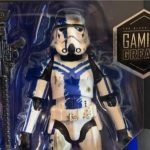