There’s a pretty interesting, yet unique Star Wars book coming out next month called Star Wars: Myths and Fables. The book will cast various Star Wars stories as fairytales and legends that have been passed down from one generation to the next, and from system to system.

Its art looks absolutely amazing, and thanks to StarWars.com, we got three pieces of art from the book to check out before its release. The book’s art is done by Grant Griffin, and the style he offers is undeniably awesome. He provided illustrations for each fairytale in the book, and he styled them after known characters, but in ways that don’t mirror how the characters look.

For example, his Vader piece is clearly of Vader, but not the Vader we know from the films. Rather he’s a much more fantastical version of the character, which makes sense if the illustration is meant to serve as people’s versions of a legendary character based on the fairytale told to them.

The book sounds great and will be worth buying just for the art, so if you want to pre-order it you can do so now via Amazon. It’s less then $13, so sounds like a no brainer. 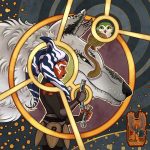 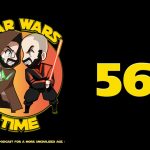 SWTS: The Best of the Best Characters from the Light Side of Star Wars