Cara Dune actress Gina Carano has been fired after shooting off some less than intelligent Tweets and IG stories over the past week. This week’s volley of self-pity and idiocy included commentary on how she is like a Jew during Nazi Germany because people say mean things to her about her political opinions. When you add that to past social media posts mainly focused on harassing the Trans community, you can see why Disney has decided to cut off that nice paycheck she was getting.

Carano played 3rd fiddle in The Mandalorian behind Pedro Pascal and Carl Weathers, but in the second season, she was more like 4th, 5th, or 6th fiddle if there was a guest star on the show that outshined her, which happened often. Her departure will mainly affect the filming and release of the upcoming Rangers of the New Republic show which was rumored to feature her more prominently alongside other characters from the Mandalorian universe.

Carano has since deleted all of the material that got her fired, but based on her Twitter feed, you can see that she knew this day was coming. She constantly retweets posts that use #WeLoveCaraDune to try to show the bosses that people like her, but in the end, it’s your own stupidity that will do you in. 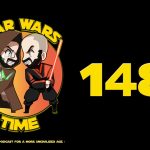 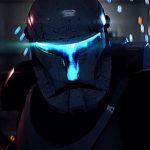