Star Wars Stuff Twitter has posted a clip of Giancarlo Esposito talking about his Moff Gideon Character from The Mandalorian, and fans could definitely argue that he discusses the potential of the Moff having a connection to the Force.

Fans could also argue that he isn’t, and that he is hinting at another connection to powerful people, such as the Mandalorians themselves, but to me it does sound like he at least thinks his character has potential to wield the Force.

Now I’m too lazy to fully transcribe the interview, but Esposito discusses how Gideon is a capable warrior even though he appears to be regal and graceful as the leader of the Remnant. He mentions the fact that he can wield the Darksaber and take care of himself, and that he can fight and do his own dirty work, which according to Giancarlo, creates the possibility that he is one of the “Ones”.

To me the “Ones” sound like Force users, because he does go on to say that his character may have “that”, which again sounds like the Force based on how he explains it and his body language.

Like I said I think he delivers the quotes in a way that allow for speculation, but also in a way that definitely sounds like he’s talking about the Force. I’m not so sure that he’s a full on Dark or Light side user, but rather he’s trying some mad science with Baby Yoda genes to roid himself up with the Force if you will.

At least it gives us something to talk about on this week’s show! 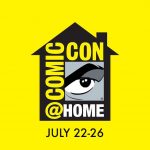