Star Wars Resistance returns for its second and final season this weekend, so if you need a refresher on what happened during the first season, you can now watch all of the main events play out in just 5 minutes.

The recap covers all of the main narratives, and shows how Kaz was enlisted by the Resistance to spy on the First Order, and how his mission transpires over the first season. You see how it all began and ends, so this is a great way to get caught up before the Second season debuts on October 6.

Check out the recap above.

Meet daring pilot Kazuda Xiono as he gets saved at the last minute by the infamous Republic soldier, Poe Dameron. After saving his life, Poe enlists Kaz to go undercover as a Republic spy on board The Colossus: an interplanet fueling depot full of nefarious space dwellers. Along with Poe’s buddy Yeager providing cover, Kaz sets out on his mission to follow the evil First Order, and uncover their plans to thwart the Republic. Will he succeed? Or is he in over his head? Find out in this thrilling recap of the first season of Star Wars: Resistance! The second, final season of #StarWarsResistance, premiering Sunday, October 6 at 6pm PDT on DisneyXD and 10pm PDT on Disney Channel and in the DisneyNOW app. 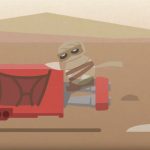 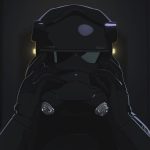