Actor Dominic Monaghan, famous for LOTR and LOST, posted a shot of his Star Wars: The Rise of Skywalker character, who remains nameless at this point. Based on the fatigues the characters is in, I’d say he’s a Resistance fighter, as his garb matches the drab stylings of the galaxy’s last remaining freedom fighters.

He tagged the image with #becurious, which I assume is in reference to his character’s name. It is kinda odd that his character hasn’t been named yet considering most other new characters have been fully revealed at this point. Who knows, could be nothing, but I wouldn’t be surprised if this character is more than just a Snap Wexley type.

There’s also a new rumor out there that Dennis Lawson, who played Wedge in the Age of Rebellion trilogy, will be returning to the Star Wars franchise in The Rise of Skywalker. At this point Rebel Force Radio has claimed that they’ve gotten word from Lawson’s representatives that he will be in the movie, but nothing official has been released yet.

If this rumor is true, it’d be rad, but I wish it didn’t leak, because this would’ve been a fun little discovery while watching the movie. Guess that’s my own dumbass fault for reading about Star Wars leaks. I’m an idiot. 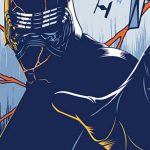 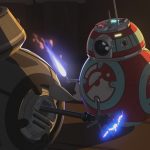