A new trailer just dropped for Star Wars Jedi: Fallen Order, and it provides a great sampling of Cal’s main mission and how he will go about executing it. It features a mix of cutscenes, dialogue, and gameplay, so it’s a perfect little representation of what the game will look and play like.

I personally loved what I saw, and I like the intrigue that was built in with Cal’s mission being secretive, but clearly a major problem for the Empire. I think the action looks intense, and the boss battles seem frightening. I’m not so sure I’m going to like the puzzles, and I hope the combat isn’t too Souls-like, but overall the package looks very enticing. I’m always a story guy first though, but I didn’t see anything in the new look to cause me any concern on that front.

The game hits retail on November 15, so we will know all soon.

In the Galactic Empire, the Inquisitorius has only one mission: seek out and destroy all remnants of the Jedi Order. Learn more about what Cal Kestis is searching the galaxy for and why the Empire will stop at nothing to bring him down. Become a Jedi in Respawn Entertainment’s third-person action-adventure game, STAR WARS Jedi: Fallen Order™. Available on Xbox One, PlayStation 4, and PC this holiday season, November 15, 2019. Pre-order now: http://x.ea.com/58887 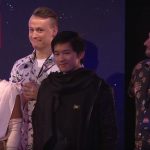 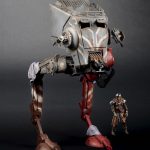