On April 2nd, Disney Plus subscribers will be getting a slew of old Star Wars Expanded Universe shows like Genndy Tartakovsky’s Clone Wars series, and the Ewok movies from the 80’s.

The full list of EU shows being added are:

Apparently the OG Holiday Special is still too wonky to make the cut, but with the additions above, Disney Plus now has almost all of the Star Wars shows and movies that have been released. It’s missing a few of the LEGO series and the Holiday Special, but outside of those, the service will be loaded with old school Star Wars content.

If that news isn’t enough, a Star Wars leaker is also suggesting that Detours may eventually hit the service, and that gets me excited as it’s a series that never saw the light of day, but seemed funny as hell conceptually. 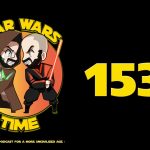 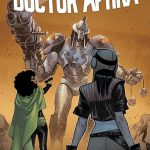