A new Star Wars Galaxy of Adventures short has been released, and it offers up a different perspective on the Battle of Yavin, at least in terms of Han’s involvement.

We all know that Han initially told Luke that he wasn’t joining the fight against the Empire, which bummed the farm boy out greatly. We also know that Han and Chewie showed up at the last minute to save the day and give Luke the clear shot he needed to annihilate the Death Star. What we don’t know is what it looked like when Han decided to have a change of heart and returned to help his new buddy save the day, and that’s what this new short offers up.

It’s a really cool take on one of the more iconic moments in the Star Wars franchise, and it even managed to get me a bit emotional. Not sure what that says about me, but I appreciated this new alternate take on Han’s heroics. Check it out above. 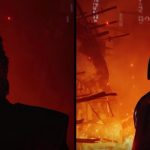 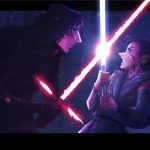