Lucasfilm has finally officially unveiled the full cast for the Obi-Wan Kenobi series, which is set to begin filming in a few days. A few of the cast members were known about, others were assumed, and even more were rumored to be a part of the show, but now the list has been finalized, and the cast can be seen in all its glory below.

It should be noted that both Joel Edgerton and Bonnie Piesse, like Ewan and Hayden, will be reprising their roles from the Prequels of Uncle Owen and Aunt Beru respectively, so we now have a full on cast reunion going down in Kenobi.

These actors along with the ones mentioned above will start shooting the series in April, and they’ll be directed by Deborah Chow, who also worked on Season 1 of The Mandalorian.

The story begins 10 years after the dramatic events of Star Wars: Revenge of the Sith where Kenobi faced his greatest defeat, the downfall and corruption of his best friend and Jedi apprentice, Anakin Skywalker turned evil Sith Lord Darth Vader.

Obi-Wan Kenobi will be available exclusively on Disney+. 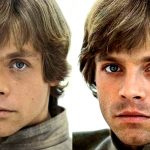