While scrolling through Twitter today I came across a great video from back in the day of Ben Burtt explaining how he came up with the sound the Millennium Falcon makes when its hyperdrive fails in The Empire Strikes Back.

Nick and I recently talked about Ben and Sound Designers in general on an episode of the Star Wars Time Show, so I found this video to be a timely find. Hopefully, if you’re reading a Star Wars site, you know full well who Ben is, because like many of the filmmakers who worked on the original trilogy and then on the prequels, he’s responsible for creating many iconic Star Wars moments.

Anyway, the video below is very cool because it provides a behind-the-scenes look at how Ben used real world sounds to create the Falcon’s failed hyperdrive sound. You know, the audible womp-womp-womp that you hear every time Han or Chewie yells “Punch it!”. I for one found it to be very entertaining, and it did confirm to me at least that an old airplane engine made up part of the sound, so it was well worth the watch. 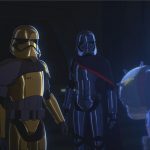 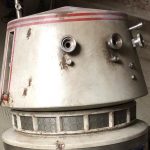