It sounds like The Mandalorian will not mess around when it drops its first episode on November 12th, because According to The New York Times, it will feature a huge spoiler for the Star Wars universe.

It’s described as being, “a dramatic Star Wars-universe spoiler,” so it’s not clear what it could entail. I mean is it a spoiler that die hard fans would already know, and this is a warning for fans that may only be watching this show? It can’t be something as common as Vader’s real identity right?

I would think it has to be something that may play into the Age of Resistance, possibly Snoke’s identity, or something juicy like that? Maybe some rumblings about the Emperor possibly still being around?

I don’t know, but I’m intrigued more now than ever, so I can’t wait to see what this spoiler is in about two weeks. 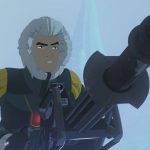 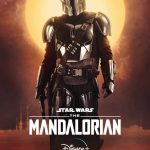 New Trailer for The Mandalorian Coming Tonight, Plus a Few Character Posters to Check Out