Jon Favreau has clarified exactly what The Book of Boba Fett will be today while on GMA, and for fans of Din, it sounds like they’ll have to wait to see him for a bit as the new spinoff will debut next December and not the third season of The Mandalorian proper.

If you were like me and were wondering if The Book of Boba Fett would be its own series or just the next installment of The Mandalorian, well, we were sorta correct. Jon Favreau did confirm that the Boba Fett show is indeed a spinoff of The Mandalorian, and that it will debut next December as a new chapter like Kathleen teased during the Disney reveal event, but it is not the actual third season of Mando.

Favreau summed things up in his interview with the quote below:

What I’m hearing is that the Boba Fett show is now literally being shot, it’s in production as Jon says and is set for release this December. I’m also hearing that Mando proper is only now just in pre-production, which means that they aren’t shooting a thing yet; the team is just planning and concepting out what they want to do when they actually shoot.

So I think it is safe to say that we will not be getting the actual third season of The Mandalorian until some time in 2022. It could be as early as a Q1 launch, but I wouldn’t expect to see Din’s story continued in 2021, although I won’t be surprised if he pops up in the Fett show for a cameo and to keep the shows tied together.

Jon tried to talk more about the series and how it is growing with new side shows like Ahsoka, which is just now being written by Dave Filoni, but he was cut off by the GMA hosts. They did so while he was trying to elaborate on bringing Luke back, so hopefully we get more insights into that during the BTS special planned for Mando S2 on Disney Plus, which hits Christmas Day. 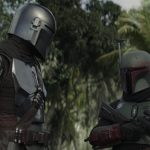 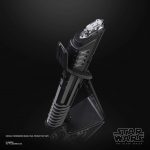