While it’s no secret that Obi-Wan Kenobi and Darth Vader will have a rematch in the Obi-Wan Kenobi series (Lucasfilm has promoted it since the series was officially announced), it’s never been clear on how that fight might play out in the series. Now, thanks to our source who has talked with someone directly involved with the Kenobi production, we can share some more insights into this rematch and how many encounters it may actually entail.

Look, it’s understandable if you have no faith in the SWTS as a source of leaks, but I can personally vouch for our source, and am reporting this with full confidence, so if you want to stay SPOILER FREE, then do not pass the break below. In fact, we were also able to corroborate a leak from SWNN, so I caution you that the below information is a legit leak.

Star Wars fans knew a rematch between Darth Vader was coming in Kenobi, but now we can report a bit more on exactly how it will unfold thanks to our source.

According to them, Obi-Wan and Darth Vader will actually interact multiple times throughout the series, and the two former brothers will be meeting in the flesh. I asked if these could be similar to the duels Rey and Kylo had through the Force in the Sequels, but our source confirmed that will not be the case in Kenobi. They will be in the same space for their interactions, no Force VR for these two.

We can also confirm that these interactions between Kenobi and Vader will be similar to the Maul fights in The Phantom Menace. Meaning smaller skirmishes will take place between them to start, which in turn will build towards the final duel between Obi-Wan and Darth Vader that has been billed by Lucasfilm.

Our source went on to confirm that based on what they were told Hayden is on screen a lot as Darth Vader, and that the Dark Lord is a major thread in the series. In fact, it was made clear that Darth Vader isn’t just a vehicle for action scenes. His action moments will be impactful via his fights with Kenobi, but he’s not just going to be used as action filler to wow audiences without further developing the character.

When asked if we would see Hayden as Anakin at all via flashbacks, our source could only confirm that he plays Vader, so the on set source was never involved in a shoot that portrayed Hayden as Anakin. Now that doesn’t mean scenes like that weren’t shot, our source just wasn’t witness to anything but Hayden as Darth Vader.

Thanks to the leak we received we can also corroborate the recent concept art leak from SWNN on Vader’s healing chamber. Our source confirmed that Hayden will be in full on gashed up Vader makeup during this scene, and that fans will get to see a similar moment from Empire when Vader’s helmet and masked are put back on after a healing session.

Finally, and not that this is anything meaty, but our source relayed to us that the Kenobi production pulled off some “epic shit”, their words, but you get the idea. When you think about them having multiple interactions that can be described as “epic shit”, the potential for this series to be some of the best Skywalker Saga content of all-time only increases.

Hey feel free to get this leak on Reddit to spread it around, we need your help! 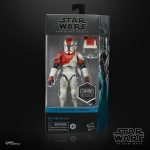 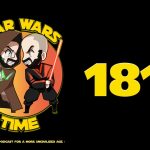