Ewan McGregor provided a shooting date for the Disney Plus Kenobi series and he gave some insights into how he’s approaching Obi Wan this time around while appearing on The Graham Norton Show.

First off, he say that shooting for Kenobi will begin during March of 2021. To me, this puts the release of Kenobi at the end of 2021, like as in November, or early in 2022. You have to figure that filming will take a few months, so they’ll probably wrap production over the summer and begin post, which would make a late fall release possible, but could also push it to 2022. Considering that this series is said to be only four episodes long, it probably won’t take as much time to finalize as The Mandalorian, so again, a late fall 2021 release isn’t out of the realm of possibility.

In addition to confirming a shoot date, Ewan also talked about how he will approach this version of the wise Jedi. Before, Ewan tried to channel a younger Alec Guiness while playing the character in the Prequels, but now, since he’s closer in age to Alec when he played Old Ben Kenobi, he will try and blend his version of the character with Alec’s portrayal of him.

“So as you say. I’m much closer in age to him and it will be my challenge to try and sort of meet him somewhere. I love Alec Guiness, I never got to meet him, but I love him through his work and it’s a great honor to sort of try and pretend to be him.“

Stay tuned for more on this topic on this week’s upcoming episode of the Star Wars Time Show! 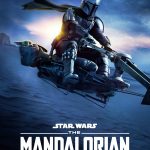 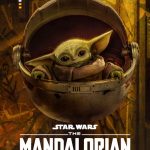