This is unverified nor official for now, but according to a report over at CineLinx, which is currently down due to posting this news, Ewan McGregor has officially signed on to reprise Obi-Wan Kenobi in a Disney+ series.

Bespin Bulletin was able to recap some of the news before CineLinx got hammered with traffic, so you can read the images below if you’d like, but the gist is pretty simple, and more than likely legit.

Nick and I just recently discussed what the potential third live action Disney+ series could be, and we both went hard on Kenobi. It just made sense since he was rumored to be getting a ‘Star Wars Story’ movie before the Solo debacle, which I still blame Bob Iger for, the movie is pretty solid, so this new unverified report doesn’t surprise me in the least.

In the end, a TV series may be even better since we will get more than 2+ hours of content, which is what a movie would provide.

There’s a great chance we get some official news on this next week out of D23, but Disney and Lucasfilm may sit on anything official until the next Star Wars Celebration, which takes place in Anaheim in 2020.

Rogue One Gets Recapped with a Rap 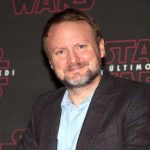 Rian Johnson Confirms His Star Wars Trilogy Will Be Legacy-less