Ewan McGregor sat down with Forbes to talk about his upcoming Super Bowl commercial for Expedia, but of course some Star Wars was discussed, in particular, an anecdote about shooting scenes with another Star Wars alum.

While what Ewan is quoted below as saying shouldn’t really come as a surprise to hardcore fans, this is the first confirmation from someone attached to Kenobi that Hayden and Ewan share scenes as Anakin and Obi-Wan and Vader and Obi-Wan, which more than likely means there will be flashbacks to their time together as Generals in the Clone Wars, or as Jedi in general. Hayden has been discussed as coming back as Darth Vader, but this is the first official quote on him also playing Anakin.

“It was a great experience. Deborah Chow directed all the episodes and she’s really good. She directed a couple [episodes] of The Mandalorian and she’s a really great director. She really knows the Star Wars world, inside out, far more than I do (laughs). We just had a great time. I think it’s no secret that Hayden Christensen comes back and we got to play scenes together again as Obi-Wan Kenobi and Anakin Skywalker and it was just fantastic to work with him again. I’m not going to give away anything else about the storyline, only I think it’s really going to satisfy Star Wars fans. I always felt there was a story between Episode III where I finished playing Obi-Wan in the movies and Episode IV where Alec Guinness is Obi-Wan Kenobi. The [Obi-Wan Kenobi series] writers and Deb and I and everyone, I think we crafted or they crafted a very fine storyline. I think people are going to like it.”

Again, this probably isn’t a huge surprise to the hardcore fans out there, but it’s still reassuring to know that we will see two of the most famous Jedi back together again for some ultimate prequel era fan service.

Nick and I will talk more about Ewan’s interview in next week’s episode of the SWTS, so don’t forget to tune into the Star Wars Time Show on a weekly basis via our podcast platforms or via YouTube if you prefer the livestream angle. 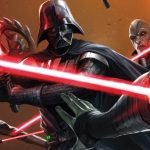 Kenobi Rumors Touch on The Inquisitors and Different Vader Actors 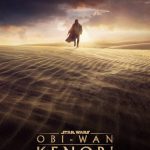