A fresh batch of Obi-Wan Kenobi set leaks have hit the internet, and they feature the Ewan McGregor covering up his Jedi Master robes, a dude, a Stormtrooper, and possibly Indira Varma as an Imperial Officer.

These shots have popped up all over the place, but we decided to use our buddy’s IG to show them off. While we don’t believe these are Justin’s actual snaps, it does look like he cleaned them up a bit, so outside of the huge watermark, these are good looks at the leaks.

Anyway, as you will see in the gallery below, Ewan, some guy, another guy, and possibly Indira Varma are walking from trailers to what one would guess to be a set for a shoot. You can’t see jack shit really on Ewan as he does a great job using his smock as cover, but the Trooper and Imperial Officer aren’t as covered up. Then there’s the ginger guy who is probably a Tatooine resident.

If you want to check out the originals, head over to Daily Mail. 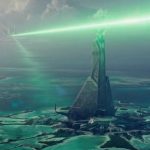