Last night at The Game Awards, Quantic Dream’s Star Wars Eclipse video game was officially revealed, and while we’ve been discussing it for a few months now, it was great to finally get legit confirmation of its existence, and a few details on what it’s all about.

While release date information and platforms weren’t revealed, the game’s main talking points and mantra were. It will be set during the High Republic Era and it sounds like it will mostly take place in the Outer Rim. The game is a narrative driven, action-adventure affair to boot, so it should be different from what Quantic Dream has put out before.

A new action-adventure, multiple-character branching narrative game set in the High Republic era, presented to you by Quantic Dream and Lucasfilm Games. Now early in development.

Available platforms have also not been revealed, but one would hope that it will ship for the PS5, Xbox Series X, and PC.

With it being in early development, gamers shouldn’t get too excited about getting to play it anytime soon. It could very well be a game that isn’t ready for multiple years with some gaming insiders (Tweet below) stating it may still be 3-4 years away, but that shouldn’t stop you from giving its reveal a serious look.

The game’s trailer is nothing short of a spectacle, and it is by far the most impressive Star Wars game trailer we’ve seen since the excellent SWTOR spots from years back. It borders on live-action movie quality in terms of the visual presentation, and it makes the Star Wars galaxy look more alive than ever before.

In terms of gameplay the trailer avoided it entirely, which makes sense considering that the game is in early development. The trailer above is more of a tech demo than anything else, but the official site did reveal some slight hints at what type of gameplay experience fans can expect from Star Wars Eclipse.

Star Wars Eclipse lets you play as a diverse cast of charismatic characters, each with their own story, abilities, and role to play in the tapestry of events that could alter the carefully balanced peace of the Outer Rim. Every decision you make can have dramatic repercussions on your journey. The way of life in the Outer Rim is being threatened and you must define your path.

This brief summary of the gaming experience implies that gamers will not be in control of the same character throughout the campaign. It sounds like you hop between main characters, and the choices you make with each will determine your unique outcome. Player choice is everything from what it sounds like, so no two gamers may have the same exact experience playing Star Wars Eclipse.

Screens and Other Assets

A few stills from the trailer were released, and potential fans of the game can sign-up for updates and a few digital downloads over on the game’s official website.

You can also check out the official press release for Star Wars Eclipse below.

Star Wars EclipseTM is an upcoming video game in development by award-winning studio Quantic Dream in collaboration with Lucasfilm Games.
Set in The High Republic era, the game will mix action gameplay and intricate branching narrative to create a unique and epic experience.

Quantic Dream, the award-winning video game studio and publisher today unveiled Star Wars EclipseTM with a world premiere cinematic reveal trailer during The Game AwardsTM 2021. Created in collaboration with Lucasfilm Games, Star Wars EclipseTM is Quantic Dream’s most ambitious project to date and is currently in early stages of development.

Star Wars EclipseTM is the first video game to be set in an uncharted region of the Outer Rim during The High Republic era, known as the golden age of the Jedi. The game will build upon Quantic Dream’s expertise in delivering deeply branching narratives and will go beyond their already established acclaim. Player’s choices will be at the heart of the experience, as every decision can have a dramatic impact on the course of the story.

Crafted by a diverse team of writers, game creators, and interactive storytelling experts, all with a deep affinity for the Star WarsTM franchise, Star Wars EclipseTM will feature new places to explore through untold stories with unique characters, each with their own path, abilities, and roles to play.

Star Wars EclipseTM is currently in early development in Paris, France, and Montreal, Canada and will be published globally by Quantic Dream. The team is recruiting in both locations for top talents in the world to work on this exciting new project.

Visit StarWarsEclipse.com to stay up to date on the latest news about the game.

Nick and I will talk more about Star Wars Eclipse on next week’s episode of the SWTS, so don’t forget to tune into the Star Wars Time Show on a weekly basis via our podcast platforms or via YouTube if you prefer the livestream angle. 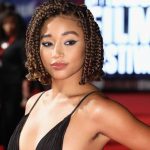 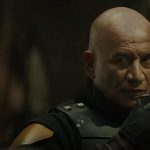