As with anything Star Wars: Episode IX moving forward, you should approach the image below with caution if you’re trying for a spoiler-free take on the last Skywalker saga film.

Anyway, in a follow up to yesterday’s Episode IX poster leak, we have a new marketing leak to share from Reddit, and it provides better, albeit blurry looks at a few of the film’s main characters.

Most interesting among them is the character listed as Zorii, who is rumored to be the character Kerri Russell is playing. Apparently, this character is a bounty hunter, which we haven’t had much of in the new trilogy, so that would be a welcome addition. It’s not clear though if she is, or which faction she’s working for in Episode IX, but her costume does lead me to believe that she is a bounty hunter.

There’s a little Zam Wessel in her costume, not literally, but style wise. Maybe it’s the purple tone, but I get a Zam feel from it. Obviously, there’s some Fett in there with the helmet, and once could argue there’s even a bit of Daft Punk woven in. Either way I dig it.

You also get a look at Jannah, who is Naomi Acke’s character in the film. One would have to guess that she’s a good guy, although it’s not clear if she’s Resistance, or someone the Resistance runs into on another planet during a mission. She’s seen with some sort of bow, so hopefully that thing packs a punch like Chewie’s Bowcaster!

Stay tuned for more Episode IX leaks, we will have you covered as soon they ooze onto the Internet. 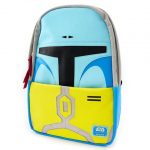 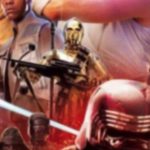