Empire Strikes Back is the biggest movie in the US Box Office for the 3rd time in history! Disney and Lucasfilm re-re-released ESB into theaters this past week to help the struggling movie theater industry rebound a bit after months of closures due to COVID-19, and even though the ESB was not going against any new releases, it still managed to beat out other older films that were show on big screens across the country.

Empire screen across 483 locations in the US and will likely gross about $500k in this super limited release. Not bad for a 40 year old film! 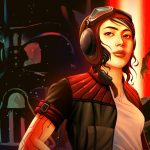