A fan favorite bounty hunter from the Star Wars Expanded Universe will be made canon once again thanks to an epic multi-comic-book series crossover event starting this June with the release of STAR WARS: WAR OF THE BOUNTY HUNTERS #1.

This will be a five issue run, but the narrative will also crossover into the Star Wars, Vader, Doctor Aphra, and Bounty Hunter runs that are currently taking place. The full event will wrap this October.

The aforementioned bounty hunger is none other than Durge, who first appeared in the 2003 Clone Wars series, which just so happens is being added to Disney Plus next month. Durge was an awesome force to behold and he gave Kenobi a run for his money. He’s part General Grievous and part Hunter from the Halo franchise, so he’s very imposing and has all sorts of tricks up his sleeves.

Durge will make his return to canon in Doctor Aphra #11, which drops on June 30th. A summary of the issue can be read below:

MYSTERIES ABOUND ABOARD A DURGE-ANGED SHIP!

Hopefully this will allow Durge to pop up in other Star Wars media as well, because he’d be radical to see in live action form!

Nick and I will talk more about Durge’s return in next week’s episode of the SWTS, so don’t forget to tune into the Star Wars Time Show on a weekly basis via our podcast platforms or via YouTube if you prefer the livestream angle. 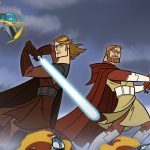 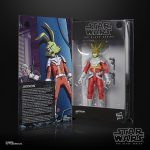