I’m really loving the fact that we get the concept art from the end of each episode of The Mandalorian in image file format after each episode releases, so I’m happy to share the new concept art images from Episode 3, which was titled, “The Sin”.

As the post title suggests, these are some of the most drool worthy concept art image to be released, which I credit to the fact that we had all of those Mandalorians join the fray at the end, as well as the scene at the armory. The images just look absolutely glorious, and showcase where the final scenes and shots came from. Hopefully one day we will get a full on art book of these that have some anecdotes written about them to explain why certain design choices were made.

Until now, let the drooling commence! 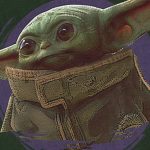 John Boyega Confesses to Being the Rise of Skywalker Script Leaker