Thanks to NumidianPrime on Twitter, we now may have some more insights into Dr. Pershing’s role in The Mandalorian, as well as why he wants that surprise bounty to remain alive after capture. Let’s just say the dude probably has ties to Kamino, and we all know what goes down on that planet.

Check out the full speculation video below!

Hey now Mando fans, Matt Heywood here from the Star Wars Time Show to touch on an interesting fan discovery in regards to Dr. Pershing from The Mandalorian.

A Twitter user who goes by Numidian Prime pointed out that the symbol on Dr. Pershing’s uniform is identical to a symbol the clones wore while they were being groomed on Kamino.

As you can see it’s clearly on every clone’s arm sleeve, which to me implies Pershing is working with the Kaminoins, and that he is probably hoping to clone the little Yoda baby that was revealed at the end of the show’s first episode.

Why you may ask, well I’m going with him and his employers, be it the Imperial Remnant overseeing Operation Cinder, Palp himself, or the first members of what would become the First Order, ultimately want to clone this baby, or do genetic experiments on it to possibly create a Force infused super soldier.

Hell, maybe they need the baby and its more than likely high Midichlorian count to sustain Palp’s life force. Either way, the fact that Pershing is more than likely tied to Kamino sheds all sorts of light on why baby Yoda was made a bounty in the first place, as well as why he wants it alive.

You could also argue that the reason the Client offers the bounty to be brought in dead is solely to ensure that a potential super infused Force being doesn’t make it to adulthood.

Interesting stuff, The Mandalorian, I like what you’re doing. 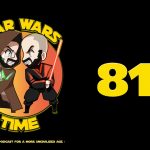 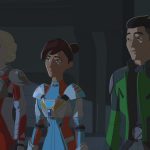