Lucasfilm has put out the official list of Star Wars themed panels for this year’s San Diego Comic-Con, but I wouldn’t get too excited if you’re going to be at the show.

The revealed panels are pretty basic at best, and none of them cover any of the Disney+ shows, or The Rise of Skywalker. Outside of the Lucasfilm Pavilion, which will house a new Stormtrooper exhibit featuring the new Sith Trooper, it doesn’t appear that any Star Wars event or panel will touch on projects that haven’t release yet.

The panel list is mostly full of the lesser panels from Celebration, and for third party retailers. There’s a chance you may get some good insights into one of the new projects if fans can ask questions, but most of the panels listed below seem pretty light on new content.

George Lucas’ new museum is under construction in L.A. Meet Lucas Museum curators Erin M. Curtis, Anastasia James, and Ryan Linkof and learn about a collection of visual storytelling that spans everything from ancient art to illustration, comic art, photography, and the arts of filmmaking, including storyboards, costumes, props, and visual effects.

Come meet the crew responsible for bringing the greatest story in the galaxy to the world of all your favorite Funko collectibles. Hear the stories behind their own deeply personal connections with “a galaxy far, far away” and how they channel that passion into constantly growing, ever-evolving Star Wars expressions. From their lifelong dreams to a literal dream come true, the story of Star Wars and Funko is one built from the hearts of true-blue fans.

Besides being awesome, the things we collect and bring into our lives are real expressions of the story we love. Join the excitement and learn firsthand what’s happening with your favorite Star Wars collectibles. Panelists will chat about prop replicas, statues, and much more, maybe with a surprise or two along the way.

Star Wars has always been on the forefront of the “geek chic” fashion movement by bringing iconic characters and stories to life through the lens of modern-day fashion. Over the past decade, the portfolio of brand partnerships has grown significantly, allowing fans all over the world to celebrate their passion for the brand with more than just T-shirts. This panel will include an exclusive behind-the-scenes look at the design and development process of Star Wars fashion and accessories, including two new collaborations being unveiled at SDCC this year.

Members of the Hasbro and Lucasfilm team discuss the popular Hasbro Star Wars line. Attendees will get an in-depth look at Hasbro’s latest action figure offerings. Word on the Holonet is there may also be a few surprises. Panelists: Sarah Carroll and Sam Smith.

Get the inside scoop on how the Star Wars audiobooks are recorded and produced with some of the biggest Star Wars authors, voice actors, and producers in the business! You’ll hear from Janina Gavankar (voice of Iden Versio, narrator of Inferno Squad), Catherine Taber (voice of Padme, narrator of Queen’s Shadow), Cavan Scott (author of Star Wars audiobook exclusive Dooku: Jedi Lost), and Nick Martorelli (Penguin Random House Audio producer) about how they create characters, what it’s like in the recording booth, and how production builds different layers of voice narration, sound effects, and music into the final track.

From your Jedi Trials on Tatooine to a walk on the dark side in Vader Immortal, ILMxLAB is taking Star Wars fans on immersive journeys to a galaxy far, far away. Alyssa Finley (senior producer), Jose Perez III (senior experience designer), and Sarah Barrick (production coordinator) will give attendees a look back at these incredible adventures and a sneak peek at Vader Immortal: Episode II. Moderated by Justin Bolger (ILMxLAB marketing manager).

There will also be various signing opportunities at the show. 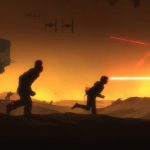 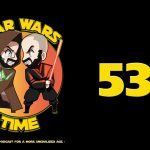