Andor’s show runner, Tony Gilroy, has laid out his schedule for shooting Andor Season 2, and they don’t offer much hope for the series releasing before 2024.

While talking with The Wrap, Tony revealed that he and his cast and crew will begin filming Andor Season 2 this November, and that the shoot will last until August of 2023.

“I have two more years to go. We start shooting in November on Part 2. And I don’t know if … Our past pattern was two years, but I mean, I’ll be on … We’ll shoot from November to August. And then our post[-production] last time was about a year.”

If the schedule holds true, it will put Andor Part 2, as Gilroy calls it, somewhere in the Summer to Fall of 2024 release range, which would mirror the full production schedule for the show’s first season, which debuts tomorrow on Disney Plus.

Tony also touched on his future with Star Wars beyond Andor, and if fans who may be suspect of his Star Wars credentials and indifference to the franchise will be rid of him after Part 2.

“As suspect as my involvement in the community is, by the time I’m done, I’ll have had my hands on 26 hours of Star Wars content. I will be a player by the time we finish. This is me sticking around right now. I think that’s the headline.”

What Tony is saying here is pure Gilroy. He’s essentially saying that even though fans may not respect his attitude towards Star Wars, or his breadth of work with the franchise up until now, they will have to after he gives them 26 hours of Star Wars content. Buy this man a drink!

Thanks to Tony’s schedule confirmations, the Disney Plus roadmap for the next year or so is fairly clear unless some major delays go down. Here are the speculated and confirmed releases:

Nick and I will talk more about Andor and Disney Plus on today’s episode of the SWTS, so don’t forget to tune into the Star Wars Time Show on a weekly basis via our podcast platforms or via YouTube if you prefer the livestream angle. 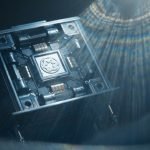