Veteran Lord of the Rings and LOST actor, Dominic Monaghan, revealed on Instagram that only one person in this galaxy knows the official title for Star Wars: Episode IX, and that person is — J.J. Abrams!

While I would agree that Mr. Abrams knows the title, I find it hard to believe that he’s the ONLY person involved in the entire production that knows it. You would think that at least his writing partner Chris Terrio knows it, or how about the people cutting the checks at Lucasfilm?

I guess like Dom reminded us in his IG story, sometimes Star Wars secrets are a good thing, so maybe Abrams is the ONLY person that knows the title, but I find it a bit hard to believe. The poor guy already has to keep so many Episode IX secrets safe, so why burden him further with being the sole keeper of the title? I guess that’s why J.J. makes the big bucks. 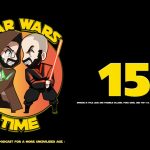 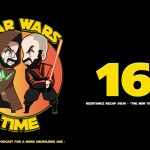