Disney teased a working retractable lightsaber a few weeks ago, but they refused to show it off in action – until today. In honor of Star Wars Day, a very short video clip of the lightsaber being ignited is shown off, and while Rey can’t slice through blast doors with it, the effect it offers up is pretty damn cool.

Apparently these will debut at the Galactic Starcruiser in 2022 at Disney World. I’m guessing you’ll only be able to get them if you stay there, but Disney likes lots of cash, so I’d assume they’ll eventually pop up in Galaxy’s Edge. The real question is how much.

Nick and I will talk more about this new tech on today’s episode of the SWTS, so don’t forget to tune into the Star Wars Time Show on a weekly basis via our podcast platforms or via YouTube if you prefer the livestream angle. 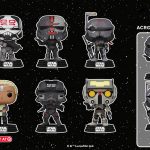 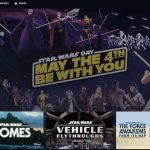 Star Wars Biomes, Flythroughs, and A Simpson Short Added to Disney Plus