Star Wars: Episode IX doesn’t even have a title yet, but a few lucky fans got to see some footage today at a Disney shareholder meeting. It doesn’t sound like they saw a trailer either, it sounds like it was a mix of behind-the-scenes b-roll style footage, and actual finished scenes, but it definitely wasn’t a trailer.

Luckily, Scott Ladewig has recounted a bit of what he saw on Twitter, and while it’s not much, there are some juicy details contained in his mini-thread.

So that tweet above is what got my blood flowing. I love the idea of the Big 3 on Team Good Guy appear to be going out on a mission together. I think this will make fans extremely happy, especially since the triumvirate was mostly separated in The Last Jedi. I also feel like seeds were planted for a Rey and Kylo love affair at the end of The Last Jedi, so maybe we could get a little callback to Han and Leia flirting on the Falcon?

These days it appears that everyone is copping Chewie’s bowcaster!

I’m guessing this could very well take place on Baatu, probably around the Black Spire outpost, which is why Star Wars Galaxy’s Edge is themed after this location.

Nick and I will fully breakdown Scott’s tweets when we record next week’s episode of the Star Wars Time Show, so make sure you’re subscribed so you don’t miss out! 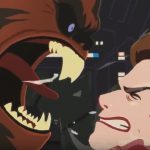 Han Saves the Day in New Galaxy of Adventures Short 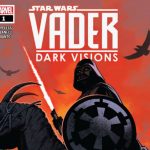